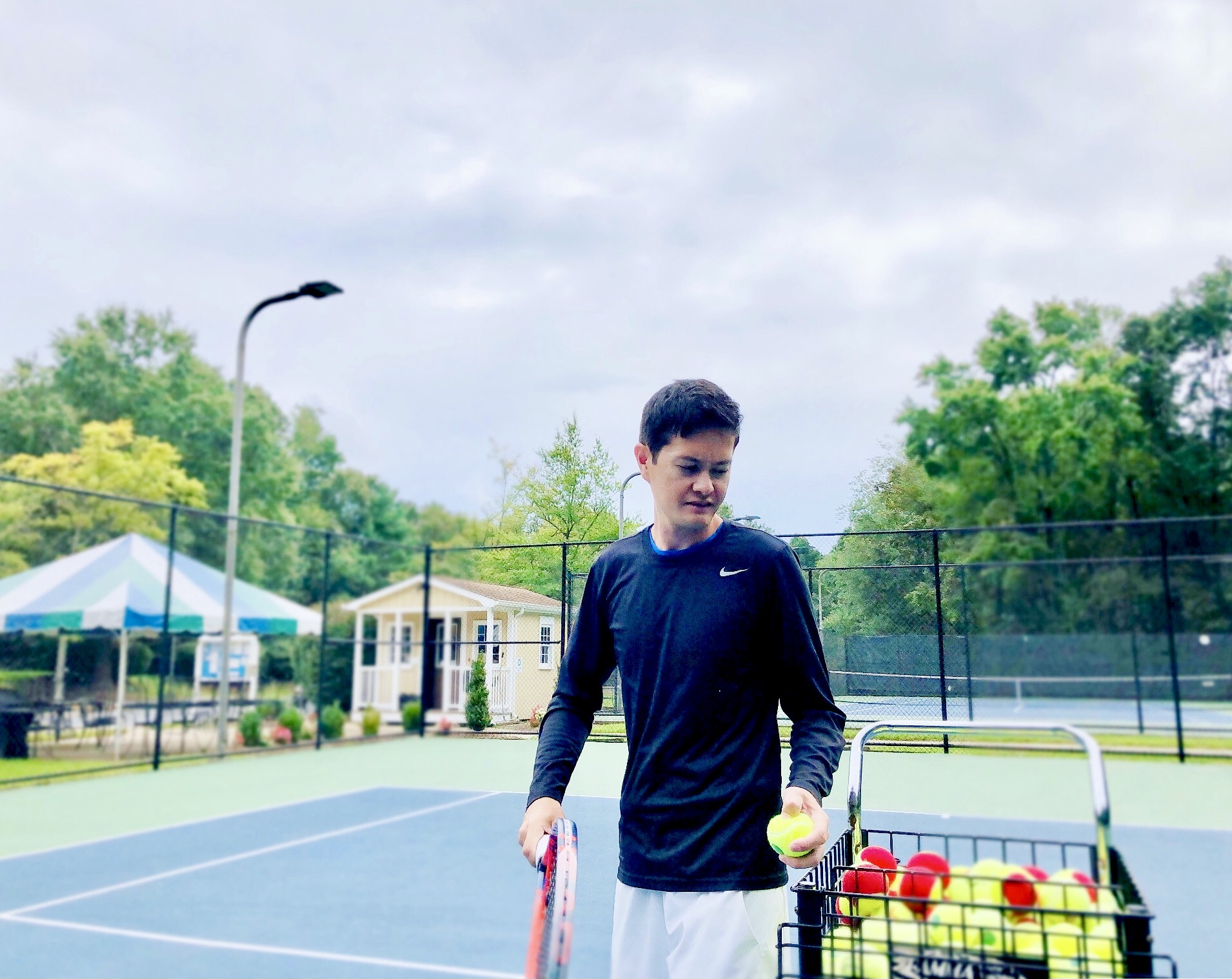 Patrick Escalambre is a Teaching Professional and Tennis Program Manager for Blue Chip Sports Management and is a USPTA certified Professional.  He has been teaching tennis since 2007 and was an integral part in the growth of Blue Chip Sports Management from its inception in 2009—his role has grown to encompass teaching, administrative and operational responsibilities.

Currently, Patrick is assigned as the Site Director at Oakton Swim and Racquet Club in Oakton, VA and has been at OSRC since 2017. During the winter months, he is a Teaching Professional at Worldgate Athletic Club and Spa.  Prior to this, Patrick spent 8 years at the Blue Chip Tennis Academy location in Alexandria, VA (MTVAC). He was also a Teaching Professional at Burke Racquet and Swim Club and was the Head Coach at St. Stephens and St. Agnes School and Waynewood Rec Association.

In 2011, he was named USTA Virginia Tournament Director of the Year for his expertise in tournament organization. Patrick has also worked with the United States Tennis Association (USTA) as an Adult League Coordinator and was a member of the Junior Tennis Committee.

Patrick graduated from George Mason University with a degree in Global Affairs with a concentration in International Development.  Some of his other interests include golf, weather, geography, and languages.